SeaQuest, a smaller yacht compared to others on the water yet still no less impressive, the SeaQuest yacht comes in at 50 meters (163 feet) weighs 492 tons and was built in 2008 by Westport yacht building company. SeaQuest is one of many luxury yachts owned by Betsy and Dick DeVos and has a value of $40 million.

Betsy DeVos is the 11th and current United States Secretary of Education, under the Trump administration, and has held this title since 2017. She is believed to have a net worth of US $5.4 billion and is an avocat for the Detroit charter school system and is on the board of the Foundation for Excellence in Education.

Her other impressive title is that of chairwoman which she serves for Windquest Group, a private group that invests in clean energy as well as manufacturing and technology. She and her husband, Dick DeVos co-founded the company in 1989.

Richard Devos Jr., son of Amway co-founder, has served as the CEO for Amway while also finding time to become an author. He keeps himself busy supporting the arts, scholarships, and spearheading other foundations that give to the community.

Who is the SeaQuest Yacht Owner?

We’ve already mentioned that the current United State Secretary of Education, Betsy DeVos, is seen as the main owner. Although many people associate the SeaQuest with Betsy, the vessel is one of many yachts owned by the whole DeVos family. There are ten in total, including five Westport ships and 5 Feadship yachts as well as sailing yachts and motor yachts included in their vast collection of boats. The SeaQuest is the fourth vessel of the Westport 164 series.

Westport is currently continuing with its 14th vessel in the series; other vessels within the series include the Harmony, Boardwalk, and Aquavita. Westport is known as the largest yacht builder in North America and was conceived in 1964 where it has subsequently built over 100 yachts in that time. 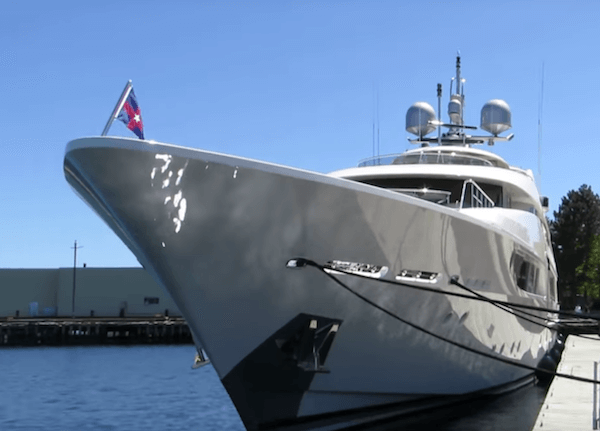 More details of the SeaQuest Yacht

With a cruise speed of 20 knots and a maximum speed of 24, the SeaQuest is equipped to navigate 5000 nanometers at a speed of 10 knots. She is powered by two MTU diesel engines and is steered by two twin screw propellers. She spends most of her time in either the Caribbean or surrounding Florida waters.

Both outer and interior designs come from the award-winning Donald Starkey who is based in Dubai. Perhaps what is most unique is that her outer hull comprised of a composite. Inside the yacht are six guest quarters and space for a crew complement of 12.

Unfortunately, any details with respect to amenities or luxuries specific to the SeaQuest are not readily available to the public. Unlike some of the other vessels we have taken a look at, she is not big enough to have a helipad on her teak decks, nor is clear if there is a pool, salon, or a master suite.

At this point in time the interior of the SeaQuest will have to remain clouded in mystery, which is typical of the DeVos family for when she docked in Milwaukee at Discovery World, they left her ownership as a secret to the curious local spectators. 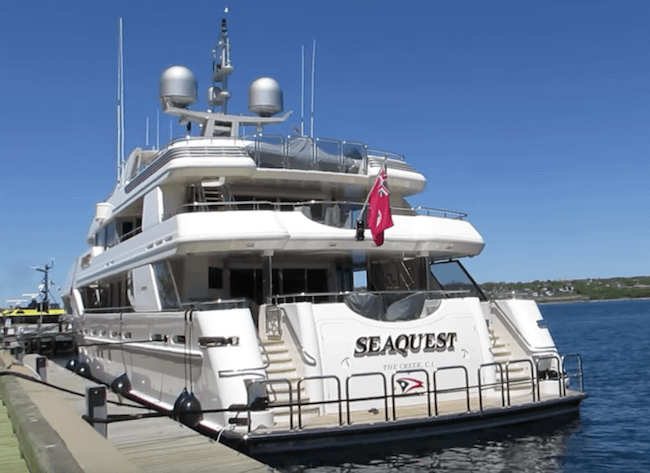 The SeaQuest has a rather unique story behind her history. In July of 2018, unbeknownst to the crew on board, someone untied the SeaQuest from where she was berthed in Ohio sending her adrift in Lake Erie. The crew awoke to find themselves floating on the lake and called the police to report the incident.

Despite the crew gaining control over the vessel, the hull managed to get scratched up to an unfortunate tune of approximately $10,000. The police and the DeVos family were unsure as to who would pull such a stunt and whether or not it was a targeted incident on the DeVos family due to Betsy’s stance on educational issues.