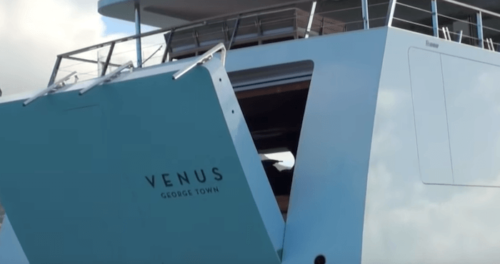 Steve Jobs left a special parting gift to his family, I am talking about his custom-built yacht, Venus. Owning a yacht, let alone one that is the magnitude that is the Venus is something of which many can only dream. Steve Jobs not only dreamt of the Venus but with the help of Phillipe Starck, a French designer, designed the 78-meter (250-feet) vessel which is valued at $120 million American currency.

It was built at Feadship, a shipyard that was formed from two families to create a company that is world-renowned for its navel creations. The Venus gets it power from two MTU engines and can maintain a maximum speed of 20.5 knots, although you will more likely catch her at her cruising speed of 18 knots.

This luxury yacht was created for a crew of 22, with 14 living quarters, and 6 cabins to accommodate a total of 12 guests. She is described as having a minimalist design approach by both Starck and Jobs, with modern, clean finishes throughout.

She is known for her high-tech design where one can catch a glimpse through her glass-enclosed bridge to see several, seven to be exact, 27-inch iMac computers, which is not surprising considering that for which Jobs is most famous, co-founding Apple. 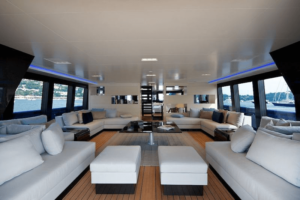 Unveiled in October of 2012 in Aalsmeer, Netherlands, one can only describe her sleek and smooth aluminum lines as simplistic and yet captivating to the eyes. The sleekness can further be seen throughout her interior.

The Venus, not surprisingly, uses iMac systems to aid in navigating through water, one of the unique touches that were, without a doubt, design elements added by Jobs himself. To add to the technological touch, a communication system was added to allow for communication between each of the separate living quarters.

How much did the Venus yacht cost to build? It’s hard to give you an exact figure. As I mentioned before we do know that it is currently valued at $120 million American dollars! Meaning that if it was put up for sale it would be one of the most expensive superyachts on the market.

Sadly, Jobs would never see the completion of his vision, as his health began to fail throughout the creation of his yacht, and he would die from cancer before the ship was finished. His passing would result in complications of a failed payment due to the oral agreement between Starck and Jobs.

As the story goes, the Venus would be detained at Rotterdam harbor, in the Netherlands, with an outstanding debt of four million American dollars that would eventually be resolved by the ship’s inheritors. Currently, the ship is under the ownership of his Jobs widow, Laurene Powell Jobs. 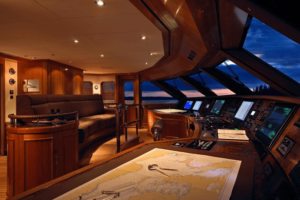 The name of his dream vessel is derived from the Greco-Roman Goddess, she who depicts romance and love, yet like most of the details with regards to the ship, the reason for this name is a secret to most. Yet perhaps, since the dream of the yacht was first conceived after his initial cancer diagnosis, it is simply his way of leaving some love and a piece of himself to his family.

It took a timeline of five years to complete Job’s masterpiece, despite the secrecy that surrounds his beloved luxury yacht, if one could picture the interior of an apple store, with its simplistic and smooth appearance, they could get a better image of what the interior of the Venus looks like.

Jobs vision was to create a masterpiece that allowed for top technological details and yet also include a ship that provided space for all within, that which would not intrude on each other. One can only imagine how open and bright it must feel within with its 40-foot floor-to-ceiling windows.

Although there are, without a doubt, many who would love to get a closer peek of this mysterious, sleek, high-tech dream vessel, the world will likely have to wait until she takes new ownership, as for now, Laurene Jobs continues to honor the same secrecy Steve Jobs was oft to take with many aspects of his life. 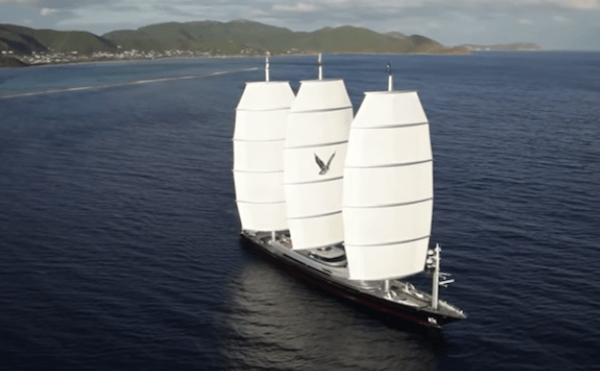